Concerts & Movies in the Park

Free concerts at the Spellman Amphitheater are back! Get ready for a pack of music and laughter with one of the most celebrated Rat Pack tribute shows ever to grace the stage. Produced by Tribute Masters, this salute to Frank Sinatra, Sammy Davis Jr. and Dean Martin is the critics' choice.  The show features three of the most accomplished and sought-after Las Vegas entertainers in the business – including Dave Halston as Frank Sinatra.  A captivating blend of swing, swagger and antics, this show is an energizing spectacle that delivers “Old School Cool” like never before!

According to Tribute Masters representative Liz Silverman, “the show is designed to excite the imagination with fabulous music, hilarious comedy and unforgettable fun in the very same fashion as the real Sinatra and his Rat Pack.”  The show is an unforgettable evening of 18-karat fun!

Attendees are encouraged to bring lawn chairs/blankets. Outside food and drink (excluding alcohol) is allowed. Please leave pets at home.

A ticket is not required for this event. 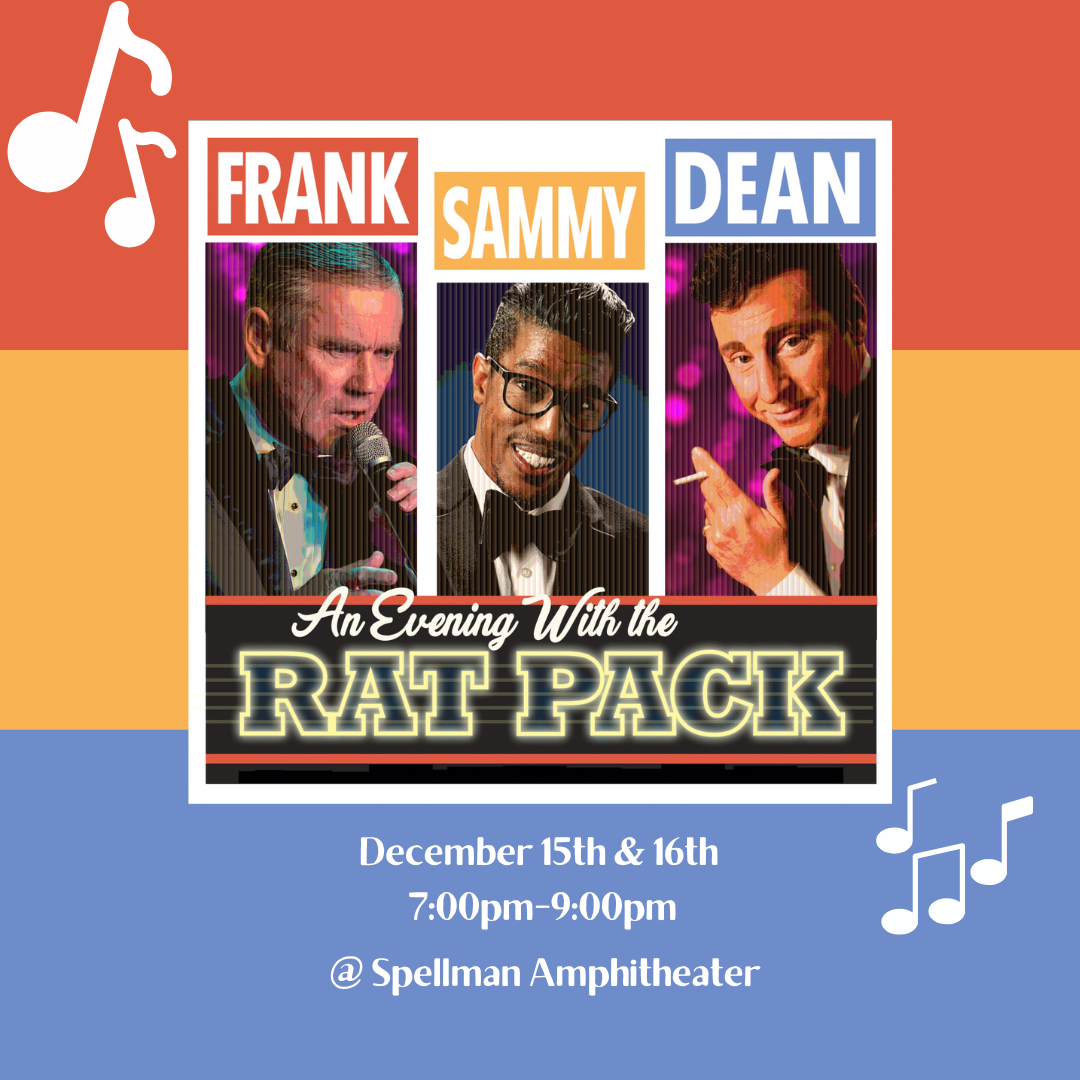