The concert is on Saturday, March 4th at the Spellman Amphitheater located at 241 Farm to Market 548, Forney, TX 75126. Gates open at 4 p.m. The Spellman Amphitheater is an outdoor venue and guests are encouraged to bring lawn chairs/blankets for seating. No outside food and drinks will be permitted. Food and beverages (including alcohol) will be available for purchase on-site.

Jason Boland & The Stragglers - For the past 20 years, Jason Boland & the Stragglers have dazzled audiences all over as one of the leading ambassadors of the Oklahoma and Texas music movement. On what’s now his 10th studio album, he not only does that, but he did it in his own organic and authentic way. He’s making the music he wants while continuing to please the people who want to hear where his artistic journey takes him next. 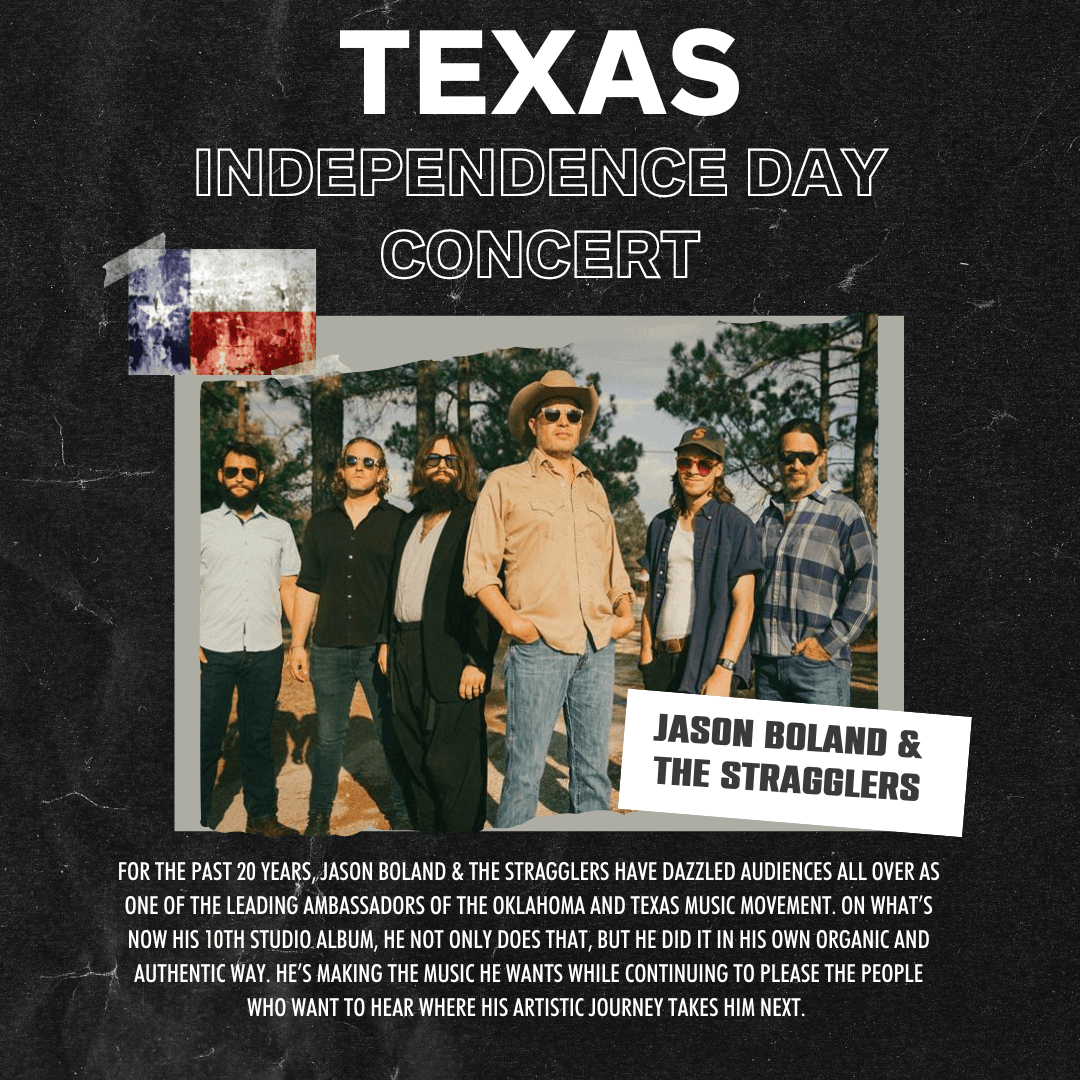 Colton Mathis - Colton Mathis is a singer/songwriter and musician from Kaufman County, Texas. Colton Mathis has done just about everything there is to do with music. Colton started playing the guitar over 20 years ago and has been rocking out in live shows since a very young age and continues to wow audiences all over the Texas Music Scene. Colton is a part of 301Productions out of Dallas and is also Zach Welch's guitarist.

Randy Hoyet- Randy Hoyet is the frontman of the Randy Hoyet Band which is a Southern-Rock & Red Dirt music band based out of College Station, TX. Randy Hoyet is an independent singer/songwriter who has cut his teeth in Texas scene while finding his path to a ruckus bluesy sound.

Zach Welch - Coming out of Forney Texas with stories of bad luck followed by worse decisions, Zach Welch sings his songs about heartbreak and self-loathing with an energy that’s just happy to be there. Claiming “this song made my mama cry so it must be good” at least twice every show, he tells these stories through a Budweiser-soaked, part hippie, part cowboy, and part punk rock demeanor. Often hanging around the bar long after the show ends making friends and telling anybody who will listen the stories behind the songs. If you see his name on a sign at the bar, check him out. He’s Zach Welch, he comes from Forney Texas, and he’s gonna sing you some songs.